R is for Rhubarb

There are some vegetables that sit on the fence: rhubarb is one of them. We treat rhubarb as if it was a fruit but as we eat the stems of the plant, it is in fact a vegetable. It has a rich history in Britain. In a triangle of farmland bordered by Leeds, Wakefield and Bradford, rhubarb growers harvest their prize produce in sheds lit by candlelight. Cosseted in the dark warmth, the rhubarb can focus its efforts on producing long sweet stalks rather than wasting its efforts on leaves to absorb sunlight. This is ‘forced’ rhubarb and West Yorkshire used to produce 90% of the world’s winter rhubarb. The rhubarb would rumble its way down to London on a train known as the Rhubarb Express. 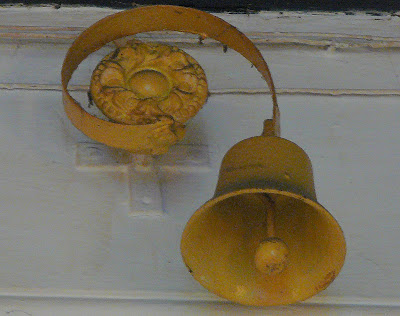 In a diversion from the alphabet, Freddie had his first taste of rhubarb last September when it was still growing happily indoors. Eating alphabetically has taken us on a fantastic journey but when a vegetable is in season you have to try it then and there. We travelled down to Wiltshire to stay with friends and enjoy their rhubarb. They live in a Georgian house where the cliché ‘time stands still’ is deserved. The original servants bells, painted mustard-yellow, hang in rows in the kitchen. On the floor are huge stone flags which lead into the old scullery with its vast ceramic sinks. To the left is the larder with wooden vegetable racks, mesh-fronted cupboards and meat hooks hanging down from a beam; an 18th century kitchen preserved.

Our friend Colette took Freddie through these rooms to the walled kitchen garden, bordered by apple, plum and damson trees. Left to its own devices, rhubarb produces flamboyant green and red-veined leaves, which also happen to be poisonous. Freddie helped to pick the stems and ran off to build a den with his friend Matthew. “We don’t eat enough puddings,” said Freddie as they ran off. “Can you make a rhubarb crumble?” 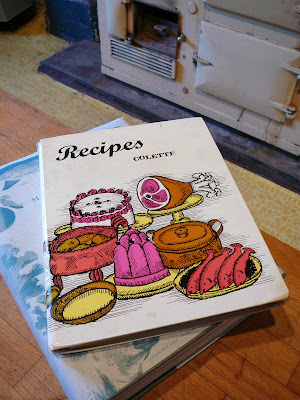 So I did, using a recipe from Colette’s book of family recipes.
The crumble topping is made from oats, rather than flour and helped to ensure that rhubarb scored 9 out of 10. Do you have a favourite rhubarb recipe to share? Let us know. 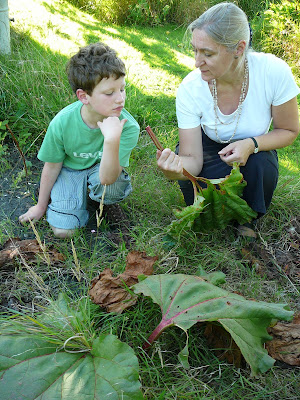 Preheat the oven to 180C. Chop the rhubarb stalks into 3cm pieces. Wash the orange and finely grate the rind. Then squeeze the juice from the oranges. Place the caster sugar, orange juice and rind with the rhubarb pieces in a pan over a medium heat, stirring for three to four minutes. Pour into an ovenproof dish.
To make the topping, melt the butter in a large pan. Remove from heat and stir in the cinnamon and brown sugar. Then add the porridge oats and stir so they are well-coated. Evenly spread the oat topping over the rhubarb and bake in the oven for 35 to 40 minutes. The topping should be golden brown and the rhubarb bubbling. Serve with Greek yoghurt, custard or icecream. 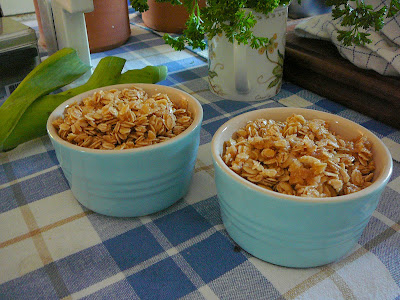 Posted by Charlotte Hume at 8:35 AM

We always love to read your comments - thank you 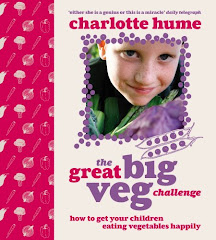 WHERE DO YOU ALL COME FROM?

(c) 2012. All rights reserved. No content on this website including, but not limited to, text and photography may be reproduced without prior explicit written consent

How does your garden grow?